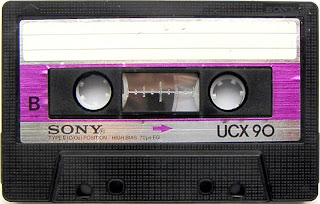 It's hard, it's almost impossible, to write about a relatively small (if global) arts scene and not come to be friendly with some of the artists. It's something that, at times, worries me. But this isn't about me.

I've asked a bunch of musicians to respond to a set of questions about their relationships with "critics" (I despise that word, but this isn't about me). I am posting their replies unedited (except for obvious typos or maybe helping a little where English isn't a native tongue). I'm not tabulating responses: this isn't a survey but a variety of opinions, and saying "60% said this" isn't the point. Everyone was given the same set of questions, although some may not answer all of them. They'll be posted in the order received.

I'm really just doing this for myself, in order to learn, but thought the process might be of interest to others too. I suppose there is probably a bit of vanity in this as well, or at least I feel confident enough in my craft to open the question. I told interviewees they weren't expected to (but also could) say anything specifically about myself or any other writers. Any comments about me will be left in. Should it come up, I'll remove the names from any negative comments about other writers, but leave the content of the remark. Where I am asked a question (or otherwise feel the desire to make a comment) I will hide my remarks, appropriately, in the "comments" section.


(Sony High Bias UCX 90 image lifted from the Bored and Beautiful blog)
Posted by Kurt at 11:13