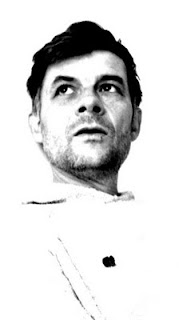 John Bisset received early training on the piano, but from eleven preferred the guitar, on which he was left to his own devices.   His teenage works were compositions and structures for improvisations on the piano, guitar, viol and assorted objects (paint tins, tent poles, etc). Also singer/songwriter with new wave bands. He attended art college and combined the musical and visual in various forms.

He has continued in the same vein - composing for large groups of improvisers - making songs and short films.

Not if I can help it

Used to - still use some quotes

They come up with intentions you never thought of, and then sometimes you start believing them, adopting these intentions, so you can end up doing stuff you never intended to do. Not a problem except that it can waste time and lead to disappointment when you fall short of said marker...

No opinion, but you, Kurt, were excellent, in that you seemed a genuine fan with a broad interest in me and the music - not after an 'angle'. Stewart Lee also.

Stewart Lee. Does same sort of business conjuring up stuff you never meant - but always a positive slant and usually boosts sales.

how are the woods this autumntime?
Posted by Kurt at 11:50

Inwood Park is beautiful. It seems somehow leaves are holding on to their green a bit more this year. The plants perhaps are more optimistic than the people.