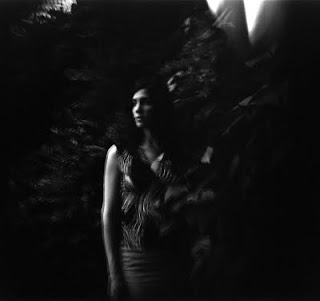 NAME: Jessica Pavone
HOME: Brookyln NY
BIO: "Jessica Pavone is one of the busiest young performers on the city’s creative music scene,” declared Steve Dollar in a 2008 feature in the New York Sun, “lending her strings and a direct, personal style of playing them to all kinds of settings.” Jazz Review’s Philip Clark writes, “We learn things from her music that we didn’t already know. [Her] harmonic openness turns the microscope on herself and she responds with lines of honest clarity, an oblique perspective on the familiar.” AllMusic.com’s Charlie Wilmouth adds, “Her work possesses an uncommon amount of elegance…each piece is perfectly formed, expiring just as its tiny collection of melodic materials cycles through to its logical conclusion.”

Active in New York for the past decade, Ms. Pavone is best known for her work with the iconic Anthony Braxton, and a cadre of his former students that includes guitarist Mary Halvorson and cornetist Taylor Ho Bynum. In addition to leading her own bands, such as The Pavones, she has also performed in improvising ensembles led by Jeremiah Cymerman, Laurence “Butch” Morris, Matana Roberts and Eliot Sharp, as well as such collective groups as the Mary Halvorson/Jessica Pavone Duo and The Thirteenth Assembly.

As a composer, she has earned grants and commissions from the Aaron Copland Recording Fund, the American Music Center, The Kitchen, MATA and the group, Till By Turning, which recently presented the European premiere of “Quotidian” at Faust’s Klangbad Festival 2009 in Germany. Her discography features more than 30 recordings, including recent releases from the Anthony Braxton 12+1tet, Taylor Ho Bynum & SpiderMonkey Strings and William Parker.

Sometimes. I tend to pay less attention to them in more recent years. I always give it a look, but I tend to skim depending on how the review is written or which band it is about.

Yes, I have read, saved and quoted them. I save them less these days, because I can usually find them on the internet if I need to reference them.

No. I still work the way I am going to work, but I appreciate the feedback weather positive or negative.

There are a few writers that I feel like "get" me more than others and I am happy to read their opinions because often I learn something new about myself from their summary of my sound. I have never dreaded a writer to write about my work.

Yes, there are two writers who I have become friends with. They were writing about me before we were friends and that is how we met. If they had positive things to say about me, it was not because they were my pal, because that came second. They still do write about my work. I don't feel like there is unfair favoritism but I do think they usually take more time to do the work justice. Or since they are familiar with my work already, they catch things that I am evolving more than someone hearing my work for the first time. It makes me feel safe actually, to know my review is in their hands, because more thought will be put into the review instead of just blank description with no insight.

No, but I wrote some extensive papers in graduate school about some of my peers work. I really enjoyed it and I learned so much from it. It was a new experience for me and a different approach to thinking about music. I definitely became more interested in the art of writing about music after this experience.

I don't have an opinion about this

Are there musicians you prefer writing about? Ones you dread? How much freedom do you have in choosing the artists you write about?

"Are there musicians you prefer writing about? Ones you dread? How much freedom do you have in choosing the artists you write about?"

Who do I prefer writing about? Well, musicians who I haven't written about before, for one thing. It's hard to keep writing about the same musicians, at least for me, unless there are considerable changes in their work over time. I also like writing about musicians who project personalities, who have stage personas. It's easier and, in ways, more fun.

How much freedom I have is a trickier question. Certainly I have the freedom to not write about someone. Sometimes there are musicians or projects I really want to write about, but I can't find an interested outlet.

Sometimes I write about someone I like, but an editor has an idea for framing it that is different than how I would want to do it. But I do respect that as a part of the process, and I guess I'm glad I get to write for a variety of publications, so at least the frames change.