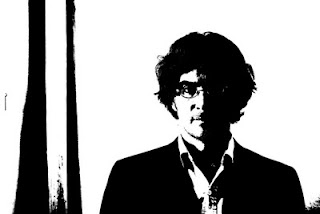 BIO: Chris Forsyth is a founding member of Peeesseye, the transcontinental amalgam of minimalist rock, noise, folk, drone, psych, improv, sound poetry, and absurdity that has produced a dozen releases and over 155 concerts in Europe and the US since forming in Brooklyn in 2002. He also performs solo and has toured widely on both electric and acoustic 6- and 12-string guitars and is a member of the elusive and rarely spotted experimental group Phantom Limb & Bison. Other notable collaborators have included reductionist/blues guitarist Tetuzi Akiyama, Bay Area composer/multi-instrumentalist Ernesto Diaz-Infante, trumpeter Nate Wooley, drummers Mike Pride and Ryan Sawyer, and choreographers Miguel Gutierrez and RoseAnne Spradlin, plus an international cast of improvisors, experimenters, and rockers too numerous too mention. He released his second solo record Dreams on LP in September on Evolving Ear. Other recent and upcoming releases include the Dirty Pool LP, with Farfisa organist Shawn Edward Hansen, on Ultramarine, the Chris Forsyth + Nate Wooley CDR The Duchess is Dead, Long LIve the Duchess on Chocolate Monk, and a long list of Peeesseye projects, including the Robust Commercial Fucking Scream six-cassette live anthology on Digitalis and Pestilence & Joy, their new studio LP from Evolving Ear. He is the caretaker of Evolving Ear and lives in the City of Philadelpha, USA.

I do keep an archive for posterity. Sometimes promoters want to see press quotes, too.

Not in the least. At least not in the case of reviews of my own work. I do read reviews of other things though and sometimes get curious or interested in them as a result.

I stopped sending my releases to [one magazine] because they so completely bungled a profile of Peeesseye about four years ago, printing an early, non-fact checked draft, and actually cutting off about three paragraphs from the end (so the article ended "continued on page 109," or something, but there was nothing on that page), and then refused to acknowledge the errors or run corrections of the wildly inaccurate article in print. It made the writer (none of this was his fault) as well as the band, and, ultimately, the magazine, look stupid. So, I figured, no more promos for you!*

No, but Peeesseye did once take out an ad in a magazine after they printed what we felt was a hilariously misguided review in which the writer interpreted a piece on our Artificially Retarded Soul Care Operators CD as some kind of failed macho aggression. He closed the review by saying something to the effect of "Three inches of angry dick is still only three inches." It was probably he most memorable quote ever about our music, so we felt like we should use it in the ad (with a wink)!

Sure, I'm friendly with some reviewers. I try to keep personal friendships and business kinda separate. It's better that way.

No, but I think if someone feels they're going to be too slanted or biased or influenced negatively by their relationship with an artist, then it's their prerogative to recuse themselves from the conversation, and that's fine.

Not really, but I think there are music writers that often write more about themselves than the record at hand. Sometimes that can be great and other times it's just kind of lame.

I think it's the same with all forms - music, writing, films, art, etc - 95% of what's around is total crap, and then there's the good stuff. As for journalism, the period that I find most interesting to me is the 70s rock journalists like Lester Bangs, for example, who's writing is really just top notch and takes you somewhere and seems to match or eclipse whatever he was writing about. He's one that wrote about himself as much as the music, but it was intimate, funny, personal and effective. But, then again, he was a rare talent in any field.

[*magazine name redacted to keep the peace]
Posted by Kurt at 03:10