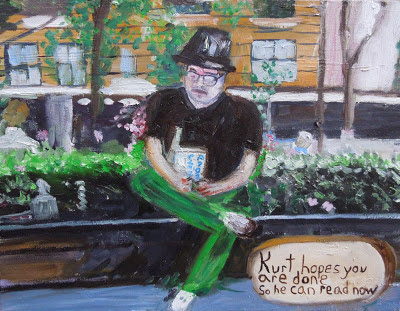 We’ve always liked the phrase avoir l'esprit de l'escalier – it so nicely captures the moment, walking down the stairs after having left the party, when you think of the clever thing you should have said when you were still there. It makes us imagine that the staircase has some special power: It’s on the steps that we become our sharpest and most aware.

Escalators are an entirely different thing: contemplative, observant. When else do you move at a diagonal not of your own volition? Elevators are purely functional, escalators sublime, but stairs bring mind and body together. The task of climbing or descending the stairs – not so simple that it can be entirely ignored – causes us to become attuned. And then we think of that perfect witticism: “Ah, yes, well, what’s good for the goose is good for Furtwängler!”

We wonder, then, if the stairwell itself ever has anything amusing to offer, if the newel ever whispers to the banister, once the passerby has passed, that “The purse of his notoriety must be stitched with waxen thread.” (The humor embedded in such wry commentary is, of course, lost without context but saving for a lack of time we must proceed here and in good faith.) Ah, we think we’re so clever, but what if it proved to be our fixtures and appliances who had the last laughs (or is that “lauves”?)?

The end-of-year letter listing one’s accomplishments is, perhaps, a streamlined and immodest way of making good on the avoir l'esprits de l'escalier (not in a literal sense, of course, but more in a vague sense as we are at our mother’s house in western Tennessee and have neither the time nor the concentration to quite make sense) of the year coming to close. It is an opportunity to present ourselves as if everything we did followed some greater schemata, to affix an agenda and leave out our own crushingly miserable failures.
And so it is that here we have our 2012 Newel’s Retort, a chance to overlook our own penny-pinching episodes, our crises of faith and soul-wrenching weeks of self-doubt. We paint a portrait, a self-portrait, metaphorically of course, of ourselves as not only productive but fascinating. Not entirely dissimilar, perhaps, from the lovely portrait of our founder painted by Miss Lisa Ferber and rendered at the head of this communique.

We fear that this meandering preamble might prove to be more interesting than the actual content being promoted which is to follow. If that be the case, so be it! Let us know and we will devote 2013 (or the balance thereof upon notification) with preambles and permutations, leaving the actual actualities inactualized.

And so, until further ado be requested:

We at Kurt were excited to present our second volume of words that aren’t necessarily true. Words, of course, do not have truth value, but sentences do and Sentences is a book of sentences unhinged from truth value, context or even lateral motion. It is shaped in a pleasing parallelogram and is available through the SpearmintLit page at Lulu.

Also at Lulu until we take it down which we suspect we haven’t yet done is a Christmas story with the given title “Amore” (which in truth was posted last year at Red Lemonade). We have been working on a volume of holiday stories and have made the unilateral decision to start offering some of them at calendrically-appropriate moments. Watch in February for the next issuance, “The St. Valentine’s Day Mackerel.” 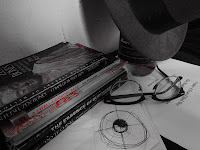 And on the front of writing of untruths (and we do meanwhile continue our efforts in writing – or at least our efforts in trying to write – truths about odd and fancy musical artists in various paper and pixel outlets), we have been very excited to undertake the writing of a theatrical production, which will be presented at Dixon Place Theatre in the Lower East Side section of Manhattan, New York City on February 16, 2013 CE. It is a dismal one-act farce based on the Buddy Zinn stories in the book Little Apples, which was written by Kurt Gottschalk (which is us) and is also available through Lulu. But you knew that.

Another ongoing venture which we pursue with enthusiasm, fear, vigor, and a fairly transparent over-compensation for a lacking of confidence is the making of if not music then certainly sound which we are pleased when people are patient about. Details of 2012 soundmaking are henceforthwith offered. 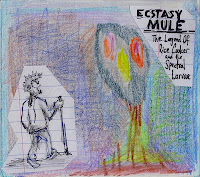 Ecstasy Mule, a duo comprised of Len “Thirty-Seven” Siegfried and our own me, lunged itself belatedly into the digital age with both a Bandcamp page (for older releases on our Batterrie Records and a new digital 7” single which can be heard via an embedded hearing mechanism below) and a SoundCloud page, where you can find their new release The Ballad of Rice Cooker and the SpectralLarvae. It is also the case that we have launched a SoundCloud page for other audio ephemera created or collected by us, that being me.


There at the latter you can also find should you be inclined a recording of “Radio Music for John Cage,” a piece I constructed for Free103point9’s “100 Hours for John Cage” broadcast tribute and performed by a crack team of my fellow WFMU DJs.

Ecstasy Mule performed another Cage tribute, entitled “Ecstasy Mule vs John Cage vs Ecstasy Mule” at the Stone in Alphabet City and the GreenLine Café in Philadelphia City. In February we expect to do it again, or not do it, in Brooklyn Heights, on which occasion the entire audience will be asked to perform the piece while we sit and listen.

And indeed and for that matter we were happy for the opportunity to work again with Loren Connors and Suzanne Langille, conceiving, producing and even writing a little story for their 7" and CD I Wish I Didn't Dream, a set of improvised songs to the paintings of MP Landis, available through Northern-Spy Records. And on that count, we were pleased also to write liner notes for a new release by Joëlle Leandre and Jérôme Bourdellon on Relative Pitch.

Lastly, we would like to announce the launching of a new blog for the coming year. We have received great joy at our central office listening to doo wop during the past year and have decided to share our discoveries via a Tumblr page. Please visit Toowop Duesday every single week for a new, old harmonic treasure. It will suspend operation on Dec. 31, 2013, at which time we will write you another letter. And of course, you can meet me on WFMU every Friday from 3 to 6 pm. 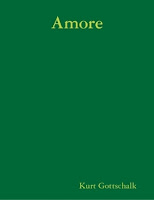 I've been working on a collection of holiday-themed stories which I hope to have done sometime in 2013. It's a fun challenge. Holidays are so loaded with emotions and iconography that there's a lot to work with and even more to avoid!

I've decided I'll make some of them available through the coming year at seasonally appropriate moments, the first one being "Amore," my Christmas story. Some of you may have seen this last year when it was posted at Red Lemonade, but now it's up at Lulu as a PDF with a monotone cover for a mere $2.

Some of the holiday stories I've written so far are a bit racy, even vulgar! Some are actually kinda sweet and sentimental. This one I like a lot. It's kinda sad, I guess, but I like it. Maybe you would, too.

If you're so inclined, you can find it here.
Posted by Kurt at 15:25 No comments: Links to this post